The Ports For People Crew 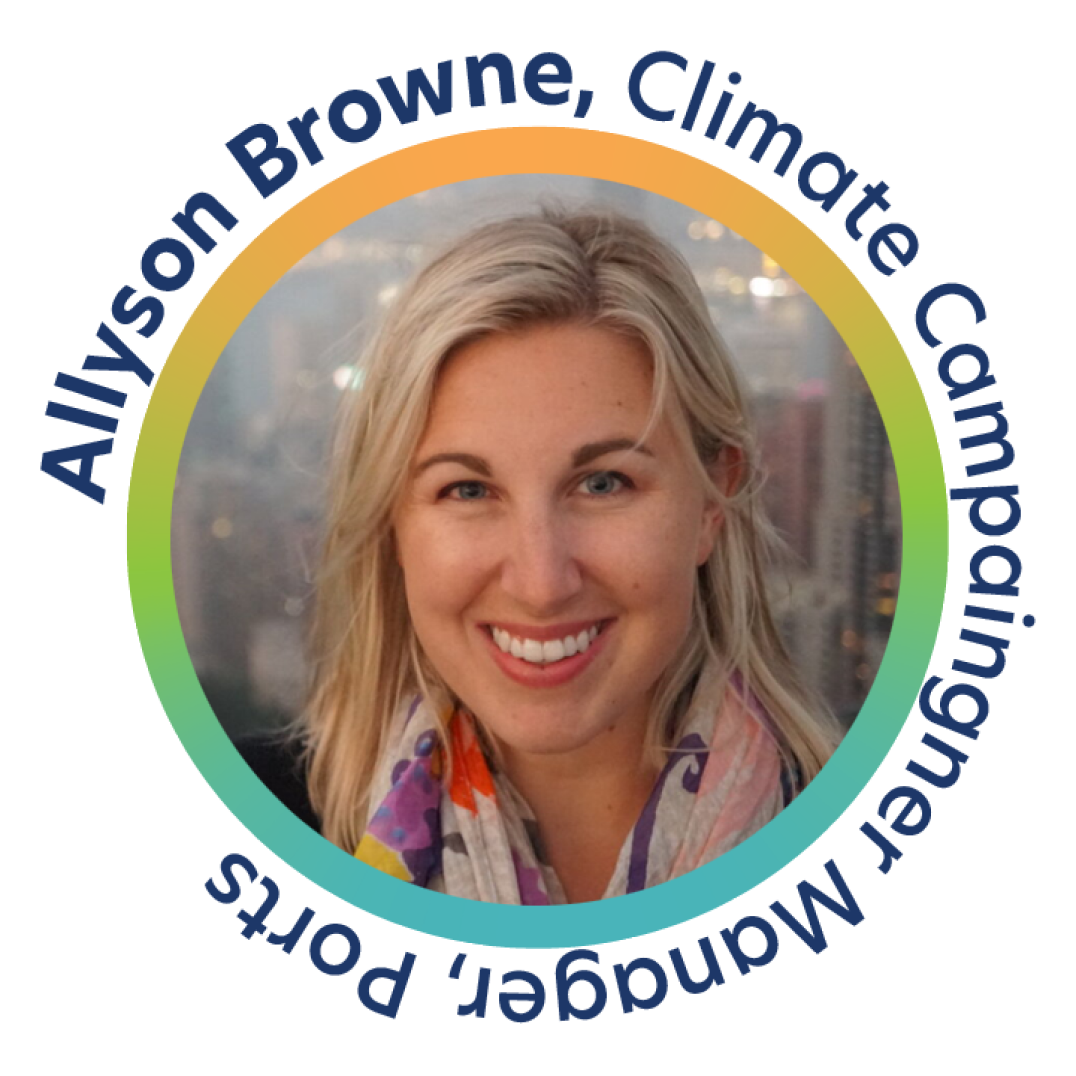 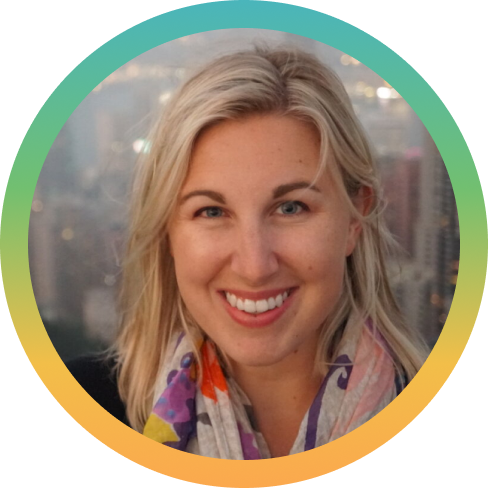 Allyson Browne serves as Pacific Environment’s Climate Campaign Manager, Ports, leading our efforts to get ships off fossil fuels and end ship pollution in ports. Allyson brings over ten years of experience in renewable energy, climate, and sustainability, including expertise in sustainable policy development and implementation, campaign and program management, and impactful research and data analysis. Prior to joining Pacific Environment, Allyson served as Director of Regulatory Affairs & General Counsel for SRECTrade, Inc., where she partnered with solar industry and grassroots organizations to advocate for renewable energy policies in a range of jurisdictions; as Chief of Staff to Jared Blumenfeld for Gavin Newsom’s gubernatorial campaign, where she led a 7-person team to develop policies on a range of climate and energy issues; and as a consultant, where she contributed to climate-related projects in fields ranging from renewable energy and energy efficiency in the cannabis industry to developing a global database of climate movements with Climate 2025. 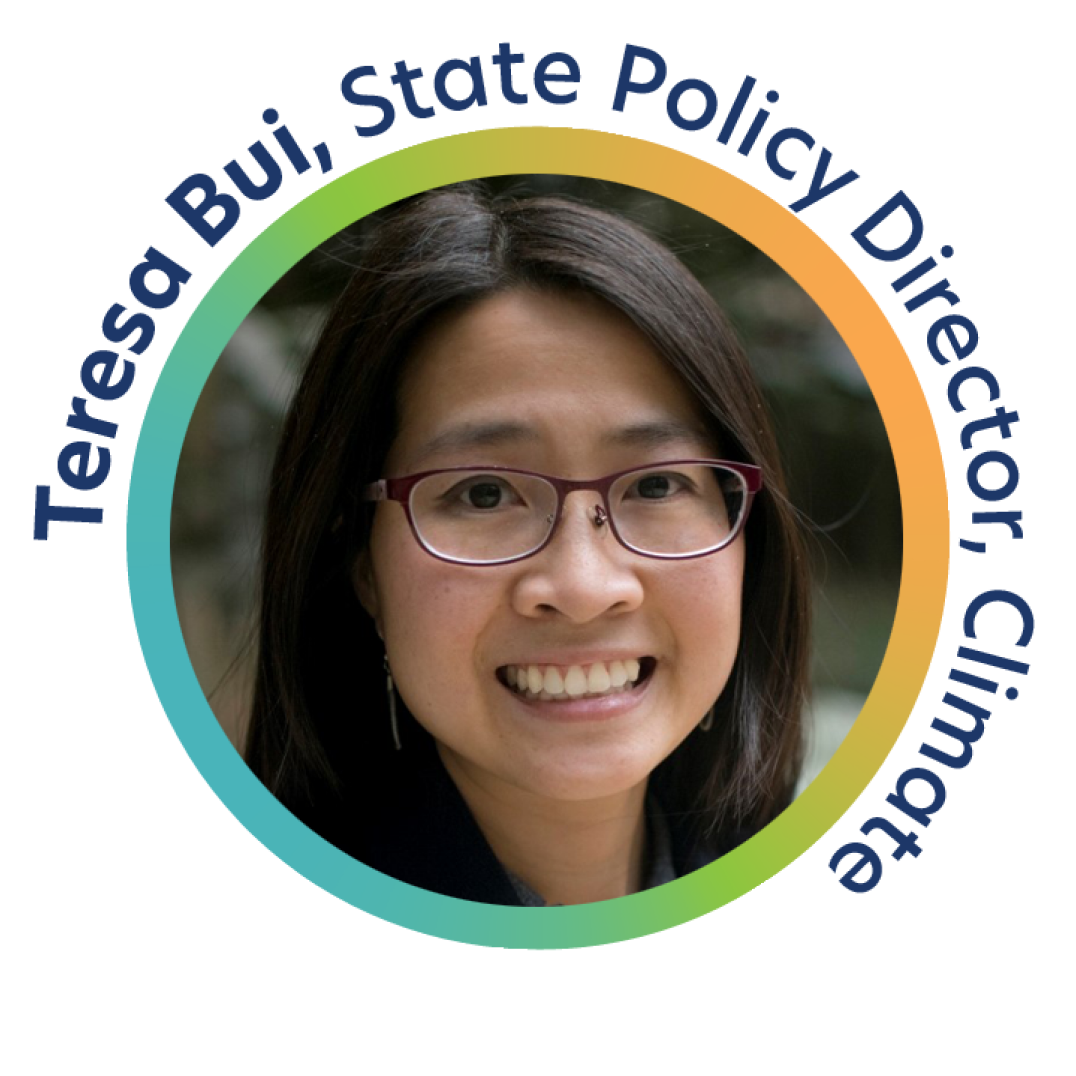 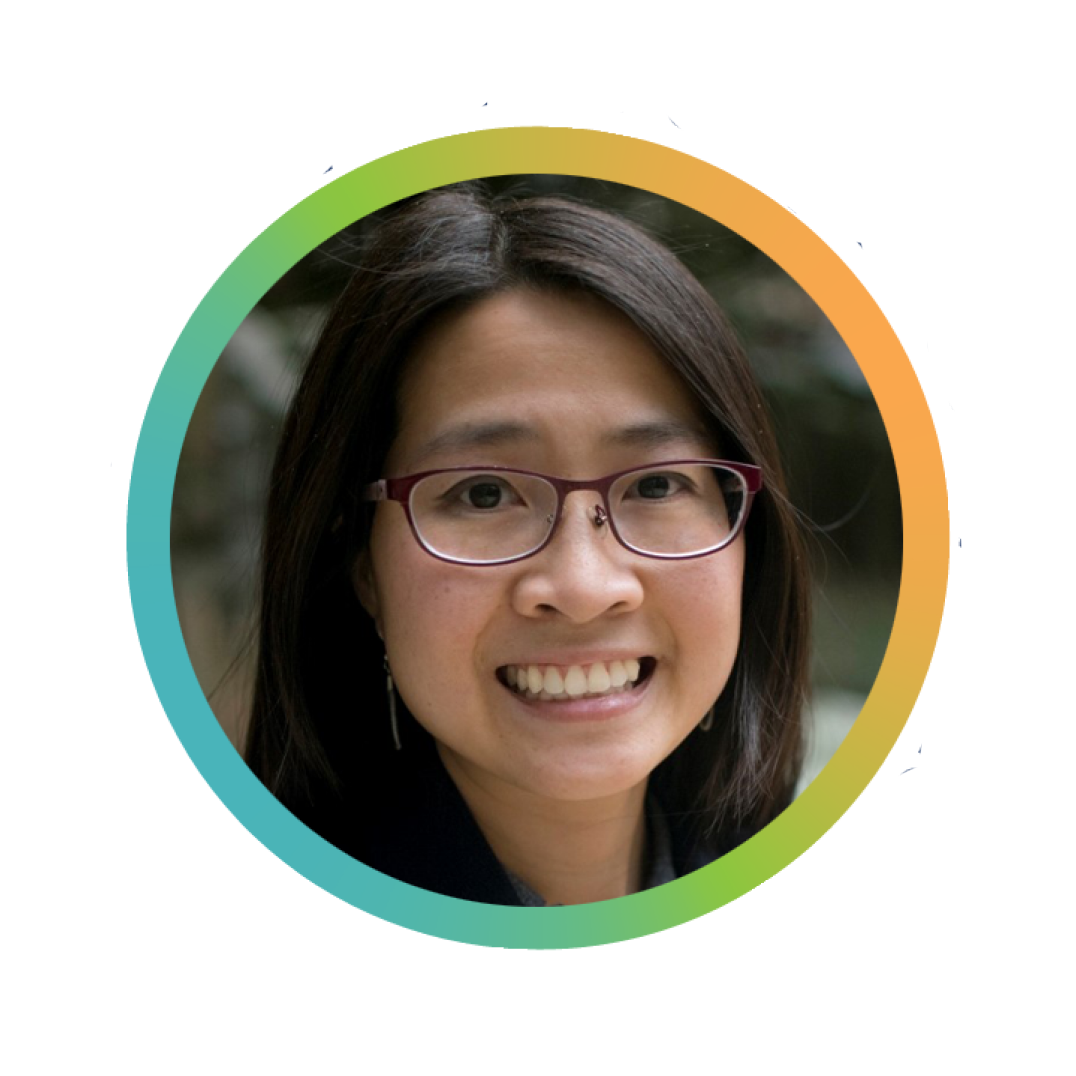 Teresa Bui leads Pacific Environment’s state climate advocacy efforts, with an initial focus on ship decarbonization and the zero emission transition at ports. Before joining Pacific Environment, Teresa was appointed by California Governor Jerry Brown to serve as Special Advisor to the Director of the California Department of Resources Recycling and Recovery (CalRecycle). At CalRecycle, she led the development of new recycling initiatives and improvements to existing programs to combat climate change, including helping implement the state’s Short-Lived Climate Pollutant Reduction Strategy. Prior to her tenure at CalRecycle, Teresa spent eight years as an advocate at the environmental nonprofit group Californians Against Waste, where she successfully advocated for the creation of new landmark recycling and waste reduction programs.

Teresa received her B.S. in Environmental Policy Analysis and Planning from the University of California, Davis. She is based in Sacramento, California. 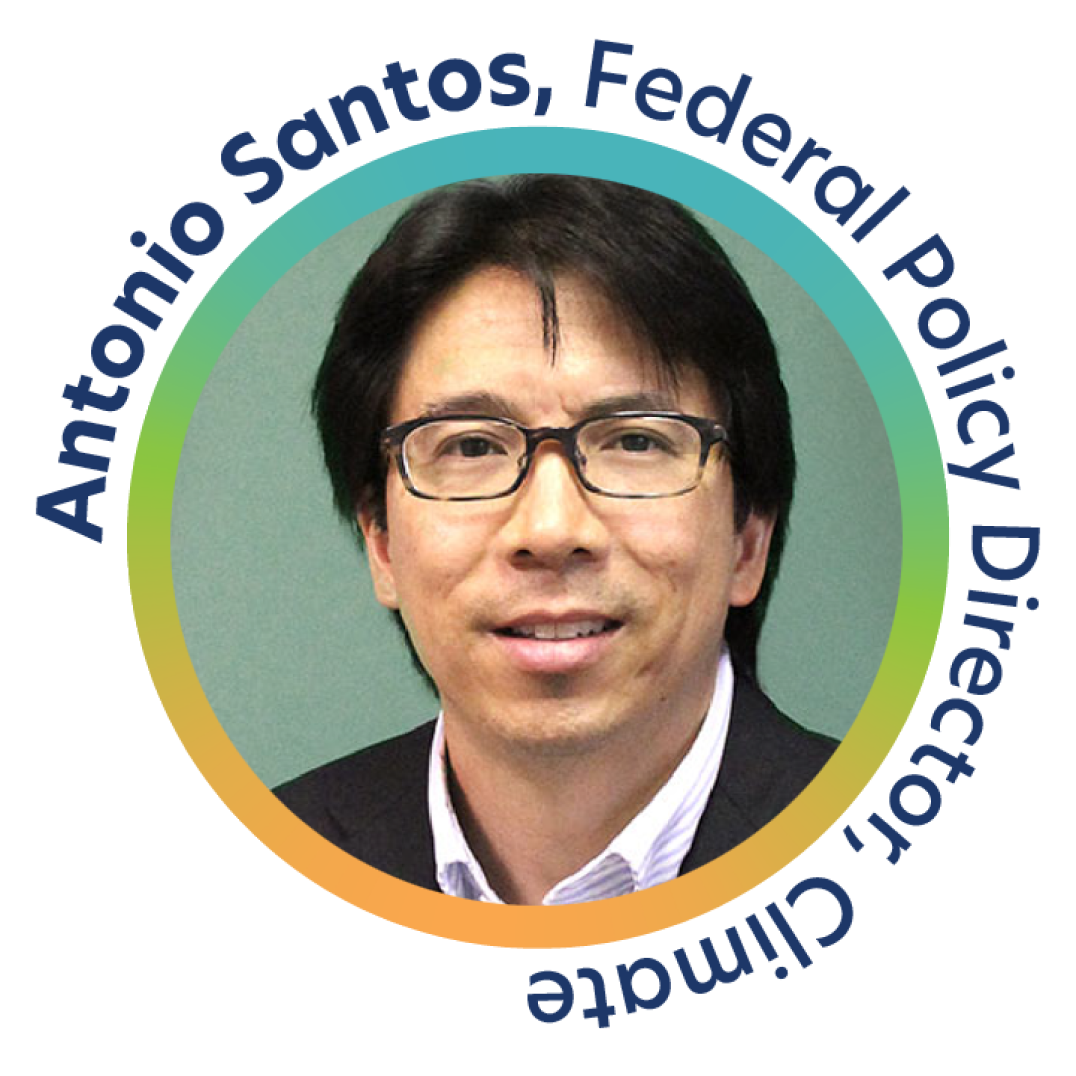 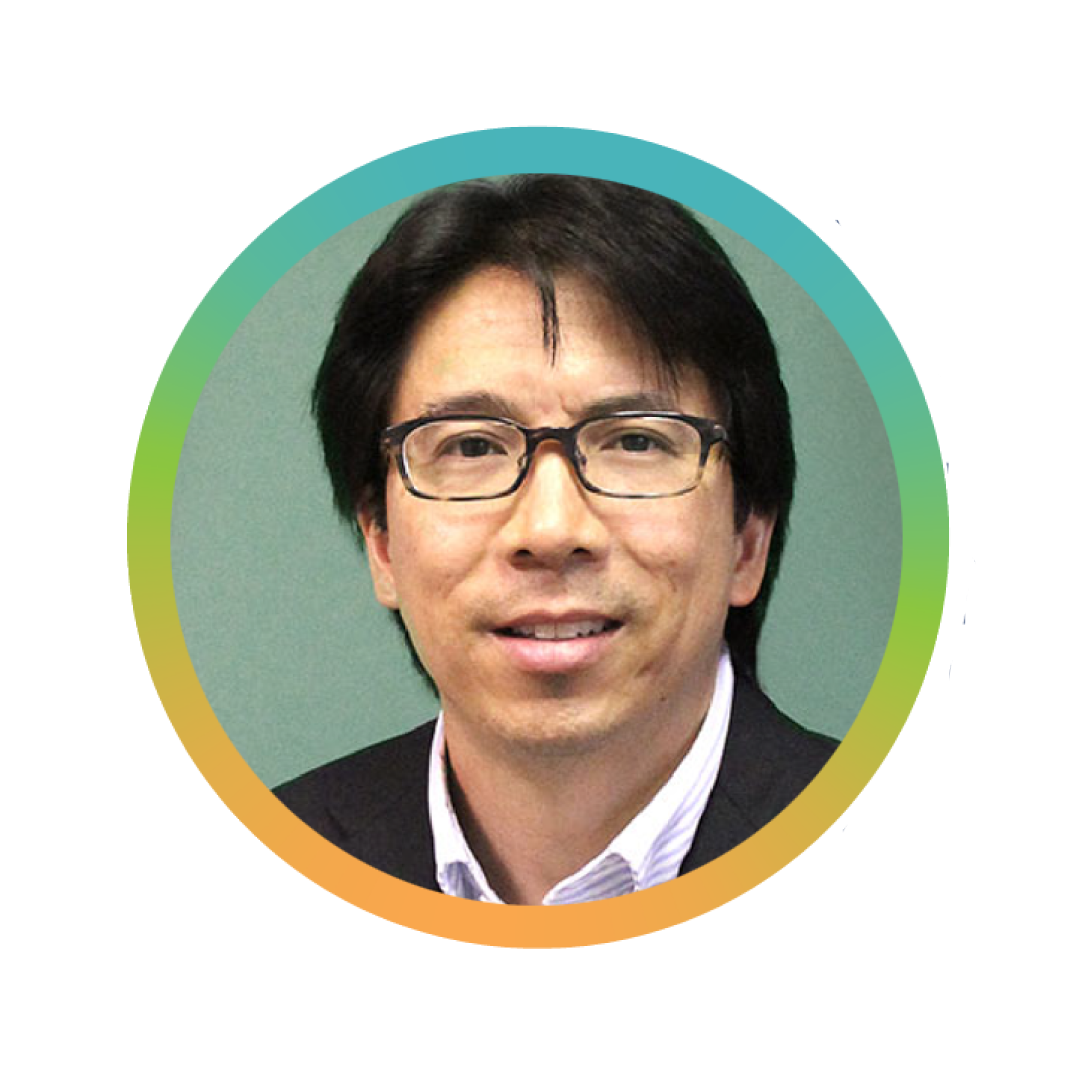 As Pacific Environment’s Federal Policy Director, Climate,  Antonio Santos brings over 20 years of federal and state regulatory experience. He spent most of his time with the Manufacturers of Emission Controls Association (MECA), a nonprofit trade association of the world’s leading manufacturers of emission control and efficiency technologies for mobile sources. While at MECA, Antonio served as technical expert, convener, and advisor for industry stakeholders, government agencies, and environmental justice groups on federal and state air quality laws, regulations, and programs. He holds a bachelor’s degree in Environmental Systems from Swarthmore College. Antonio is based in Washington, D.C. 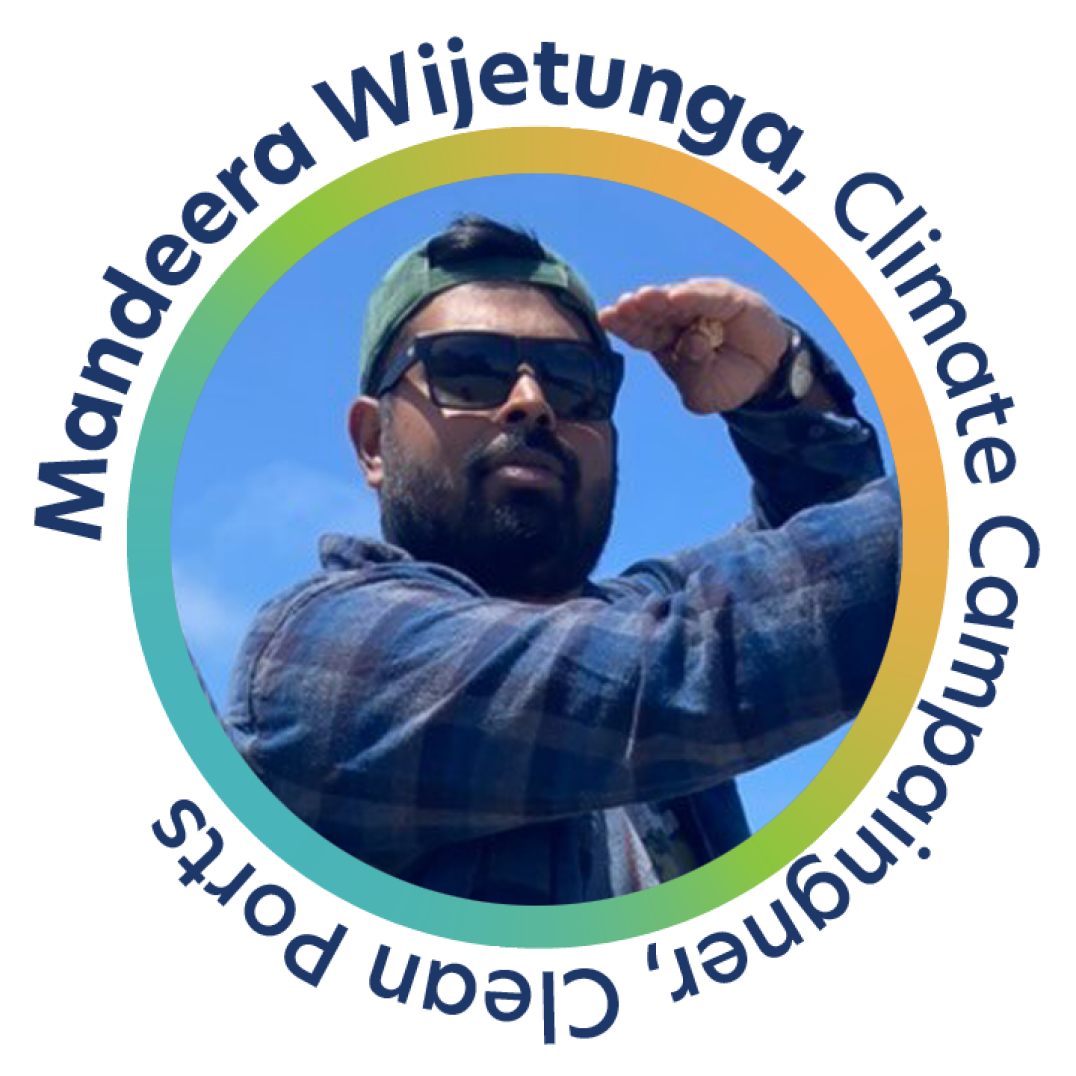 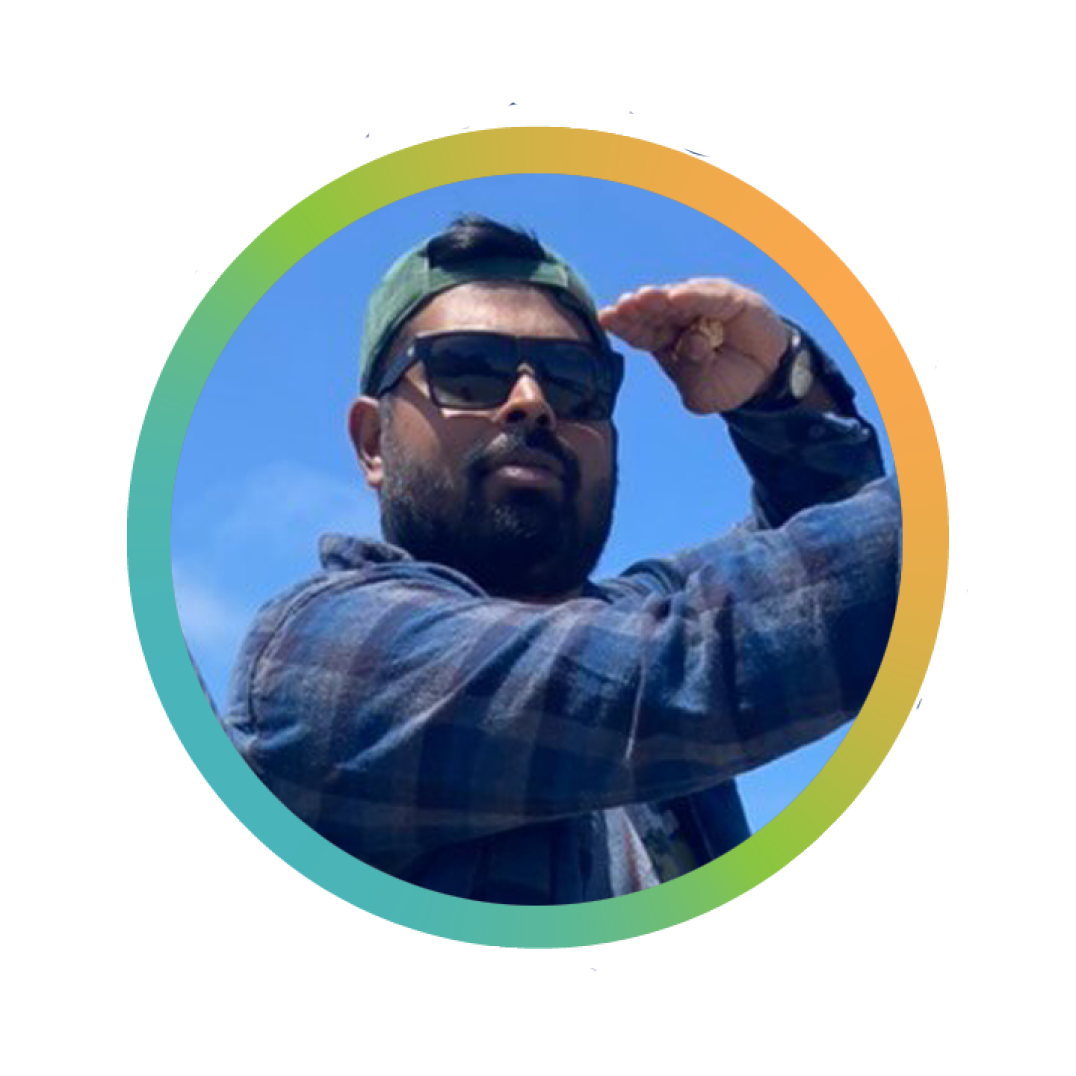 Mandeera Wijetunga is a Climate Campaigner for Pacific Environment, supporting our efforts to get ships off fossil fuels and to end ship pollution in ports. An experienced organizer, Mandeera has led mobilization and organizing strategies for campaigns at local, state, and national levels. He has served as an organizing director and field organizer for the San Diego Democrats for Equality, California Democratic Party, and Bernie Sanders for President in Nevada (a winning state). Before joining Pacific Environment, he served as district field director for the Progressive Turnout Project.

Mandeera is driven by a passion for building working class power for social justice and climate justice. He received his Bachelor’s degree in Political Science and International Relations from University of California, San Diego, with a minor in Human Rights. 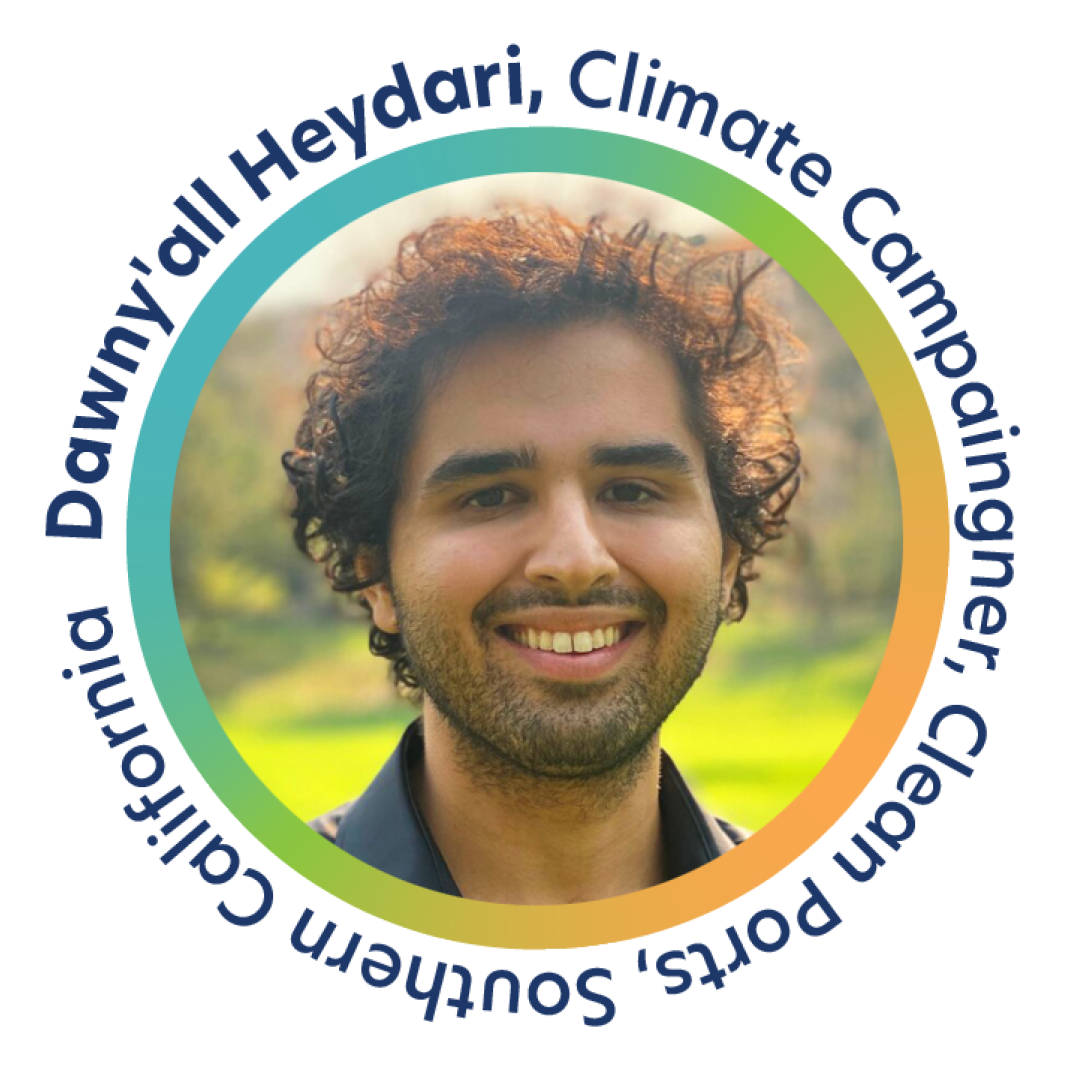 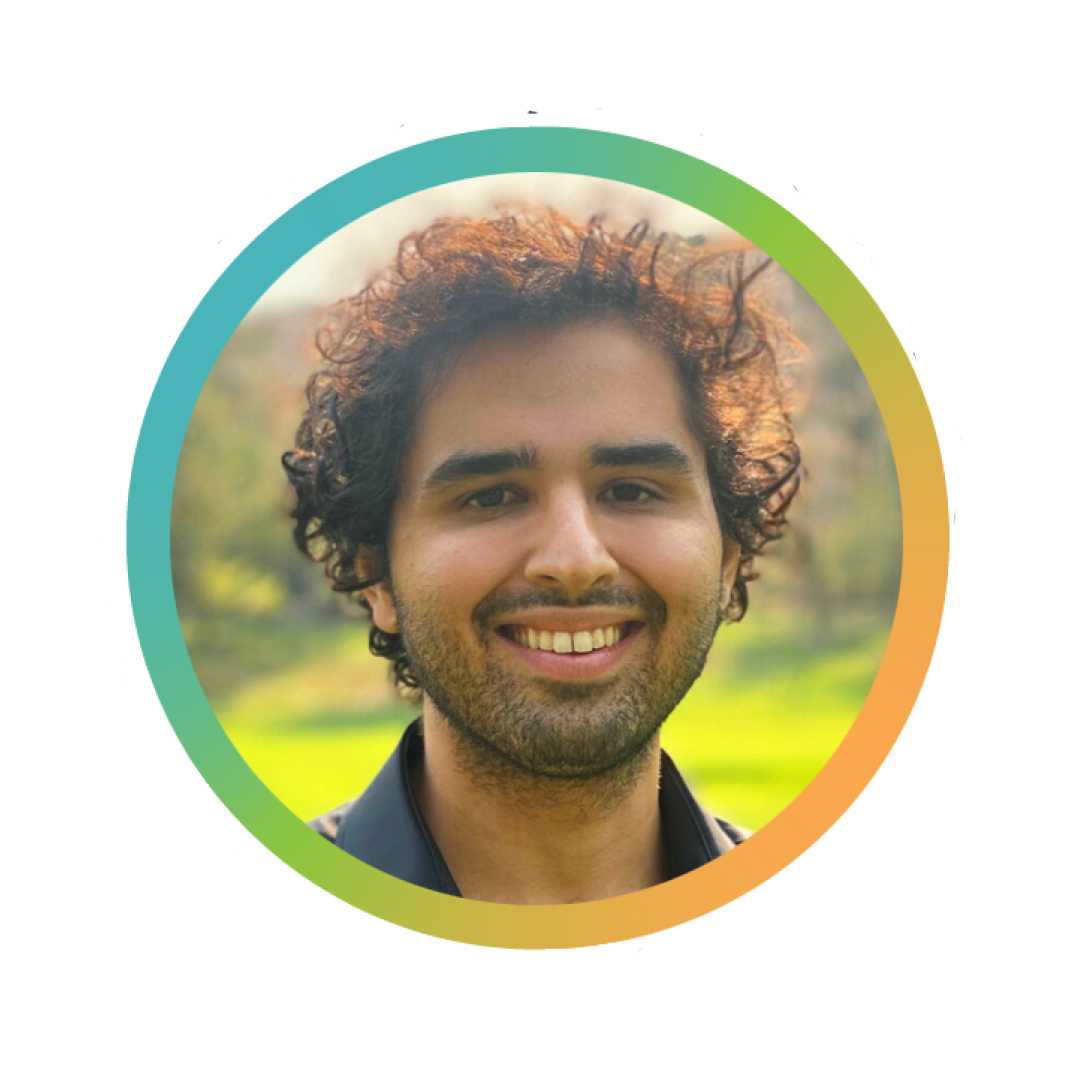 An accomplished, creative and relentless campaigner, Dawny’all has served in a number of intersectional organizing and campaign roles, including the Bernie Sanders 2020 presidential campaign in Iowa, the New Orleans public defender’s office, and global LGBTQ+ rights advocacy at the United Nations headquarters in New York City with OutRight Action International. For the Sanders Campaign for President, Dawny’all led a rural field organizing program that led to Washington County, Iowa caucusing for Senator Sanders by a margin of 8.6% in the 2020 Democratic presidential caucuses. At Yale, Dawny’all led a student advocacy campaign that helped secure passage of a 2015 Connecticut state statute (HB-6844, An Act Concerning In-State Tuition Eligibility) extending undocumented students’ access to public higher education.

Originally from California, Dawny’all was awakened to climate consciousness after being evacuated in a wildfire. She is eager to build collective power to combat environmental racism and classism, restore healthy, long-living port communities and clean oceans, and keep global warming below 1.5°C.

Dawny’all holds a Bachelor of Arts in American Studies and the Multidisciplinary Academic Program in Human Rights from Yale University. She is currently based in Los Angeles, California. 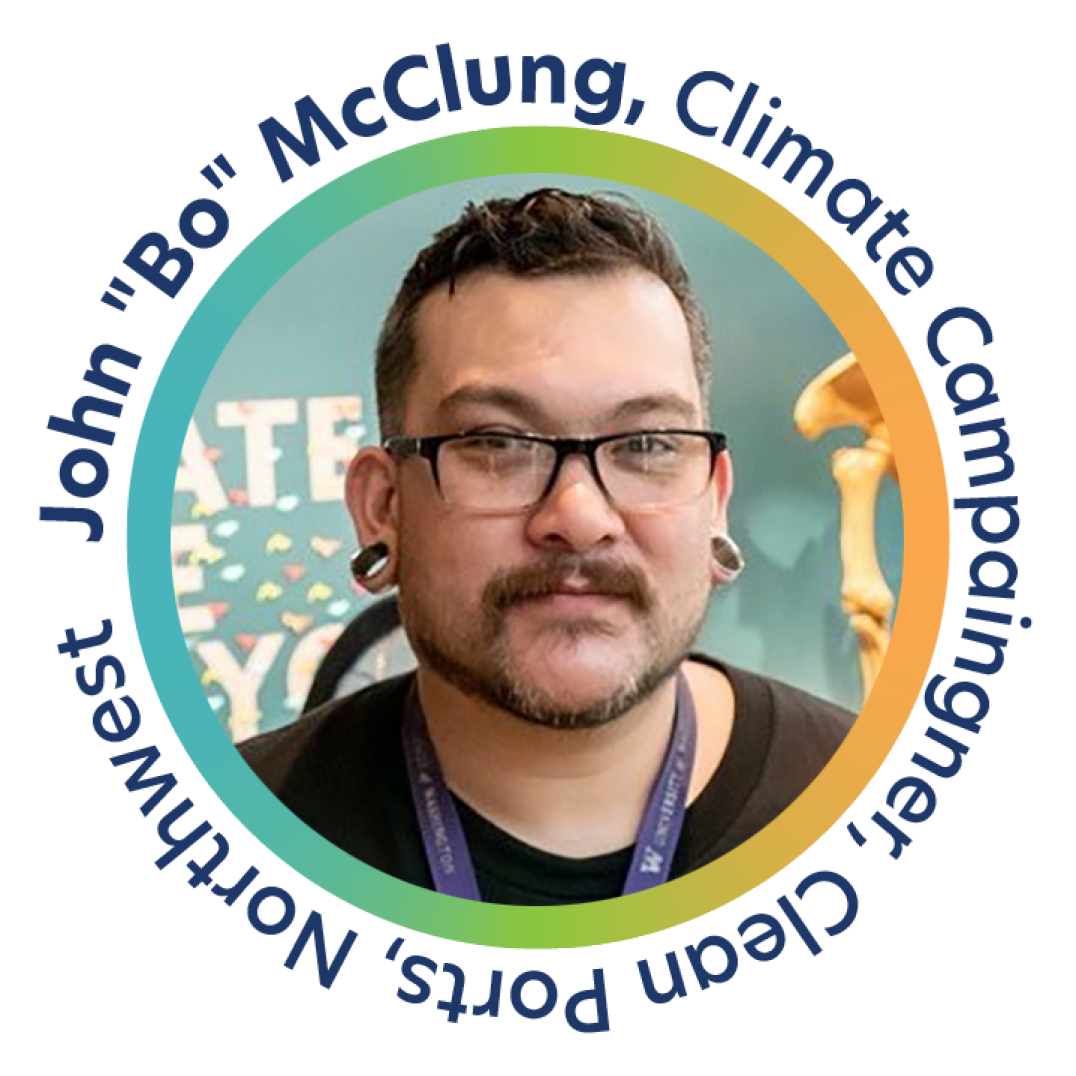 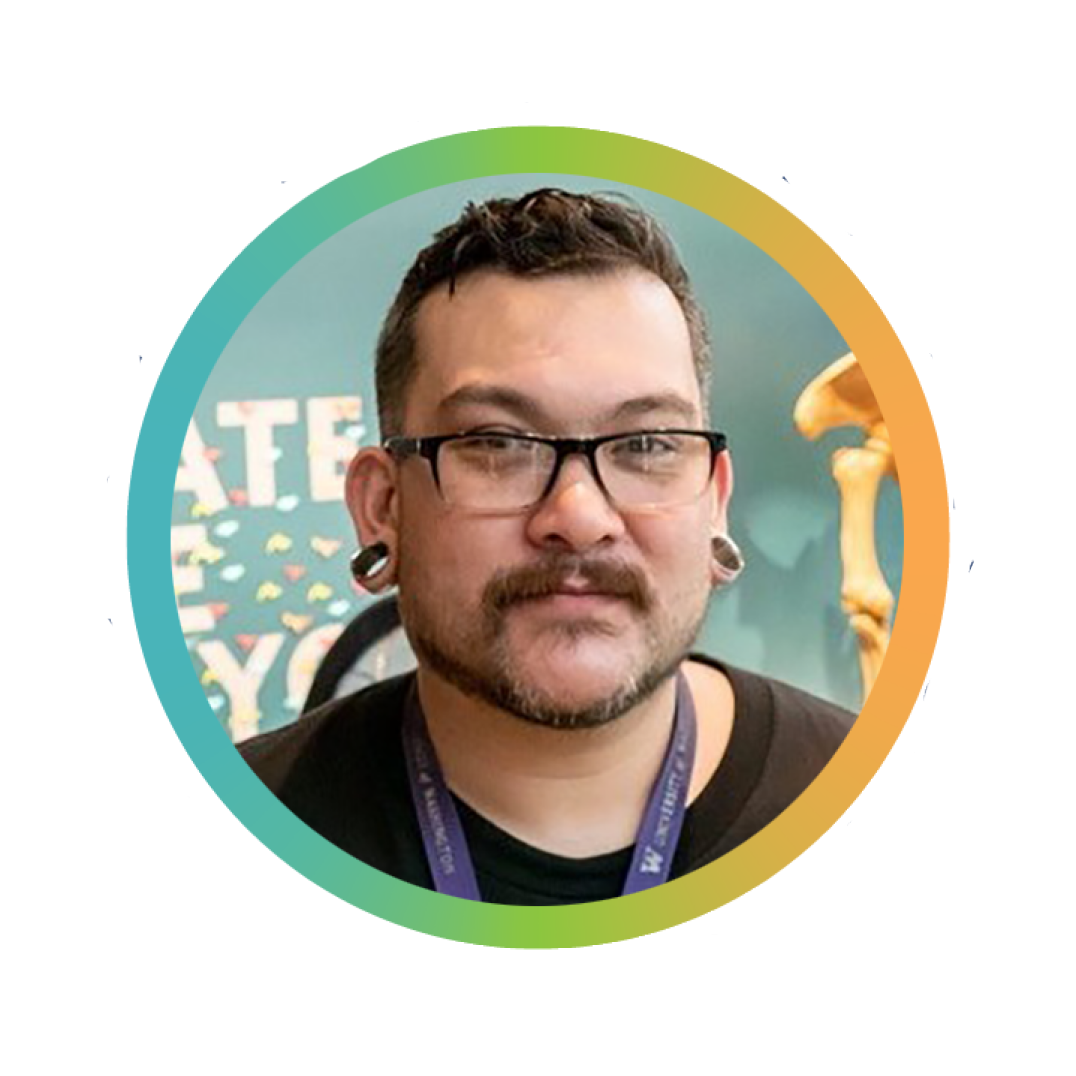 A Climate Campaigner, Clean Ports Northwest, John “Bo” McClung supports our efforts to get ships off fossil fuels. Bo brings significant organizing experience to our team, having served as a labor organizer in multiple capacities and securing critical wins with the Washington Federation of State Employees and Council 28 of the American Federation of State, County, & Municipal Employees. Additionally, Bo has a bachelor’s degree in Anthropology and is currently completing a master’s degree in Infrastructure, Planning, and Management, both from the University of Washington. Bo is based in Seattle, WA.

Get to know our campaign partners

Ports for People represents local communities, allies and partners in the fight to end port and ship pollution. We are proud to lead this campaign alongside our campaign partners. 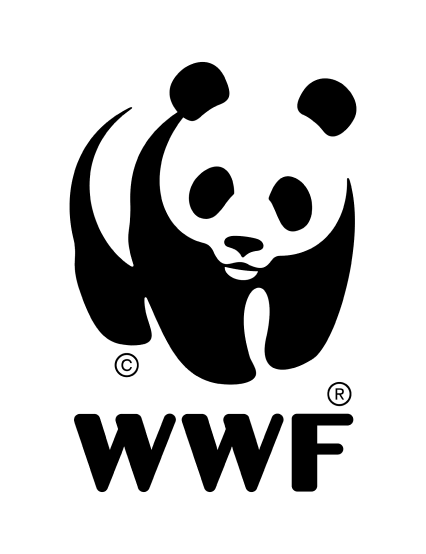 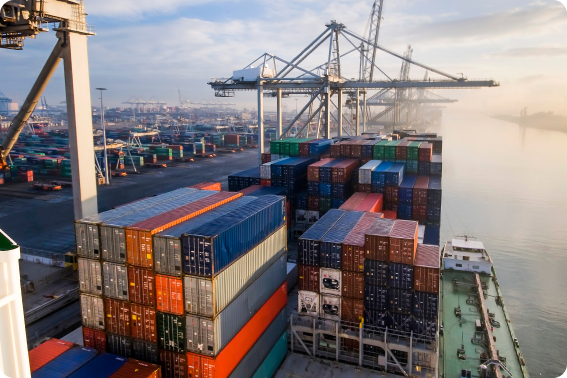 We’re launching our campaign in one of the world’s largest port complexes, the San Pedro Bay Port Complex of Los Angeles and Long Beach, California, then expanding northward to the Pacific Northwest ports of Seattle, Tacoma and Vancouver, B.C.

If you don’t see your port on our map, reach out to bring Ports for People to your community.

Stay Connected with
Ports for People!

Sign up here to take action in your community.