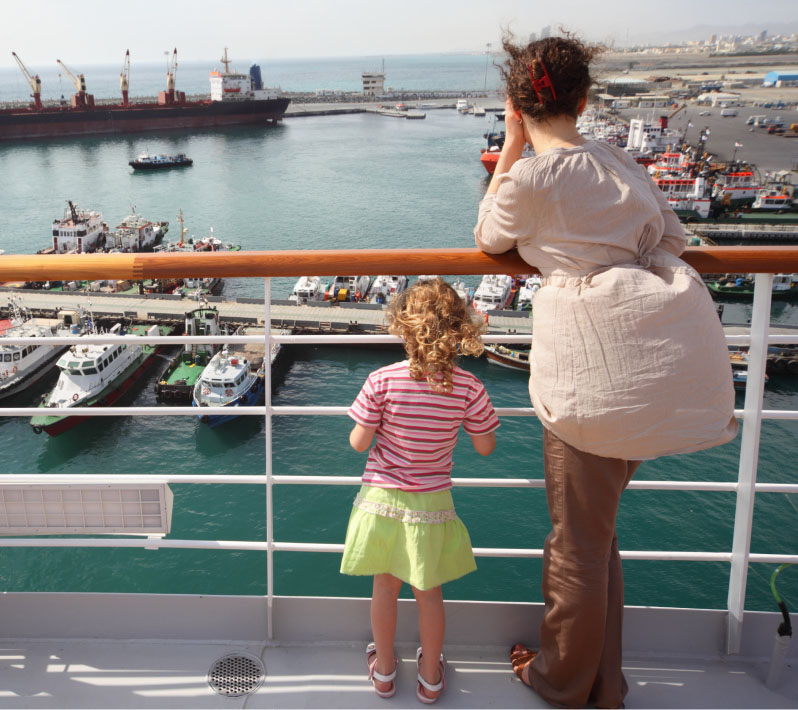 Mother and child lookout over a shipping port.

NEW YORK CITY (September 20, 2022) – In connection with Climate Week NYC 2022, Pacific Environment and Opportunity Green released a playbook for ports to accelerate action in the race to a zero-emission ocean shipping future. The IPCC’s 2022 climate report issued dire warnings to end our dependence on fossil fuels if we are to avoid the climate tipping point of 1.5 degrees Celsius of warming, and that includes shipping’s contribution to global emissions and port pollution. Now is the time to transition the shipping industry to clean energy technologies and a zero-emission future.

“Ports have a responsibility — and an economic opportunity — to become clean energy hubs and lead pathways to zero-emission ocean shipping,” says Allyson Browne, Climate Campaign Manager for Ports at Pacific Environment. “Our new report presents a 9-point framework to guide ports towards solutions that will dramatically reduce ship pollution this decade, accelerate the zero-emission vessel market, and transform the industry for a 100% zero-emission future.”

If ocean shipping were a country, it would be the sixth largest polluter of climate pollution in the world. Today, 50,000 ships hauling 90% of the world’s cargo emit as much carbon dioxide as the entire country of Germany. Air pollution from ships contributes to 260,000 premature deaths and 14 million cases of childhood asthma each year globally. By joining together and taking bold climate and public health actions, ports can play a leadership role in catalysing the zero-emission ocean shipping transition this decade – and beyond.

“The UN’s shipping regulator, the International Maritime Organization (IMO), has been considering what to do about shipping emissions for over two decades, but so far has made almost no impact. Meanwhile, we all know the urgency of the climate crisis,” says Aoife O’Leary, CEO of Opportunity Green. “Our new report sets out how ports and the local communities around them can take ownership of their own transition to a climate-friendly future without waiting for international action.”

The playbook launches in conjunction with a new campaign, called “Ports for People” in partnership with Opportunity Green, Friends of the Earth, WWF-Mexico and Pacific Environment, the campaign’s goal is to end port and ship pollution. Together with local communities, allies and partners, Ports for People seeks to transform ports from hotspots of fossil fuel pollution to thriving hubs of sustainable economic development and environmental protection.

The playbook focuses on three main tracks: commitments, policy, and progress. These tracks lay out nine actions that will end port pollution, accelerate the market for zero-emissions technologies, reward first movers and ensure reliable access to zero-emissions infrastructure and fuels.

The 9-point playbook calls on ports to take the following actions:

Ports are the hubs of world trade but also centers of concentrated pollution from ships. Science shows us that the 2020s are the critical decade for climate action and, with ships having an average lifespan of 20-30 years, decarbonization of shipping needs to begin immediately. This transition is not only necessary for reducing pollution and mitigating global temperature rise; it is also the best way for ports to ensure stable growth and profitability in a competitive industry that demands around-the-clock efficiency in a world impacted by climate change.

Stay Connected with
Ports for People!

Sign up here to take action in your community.